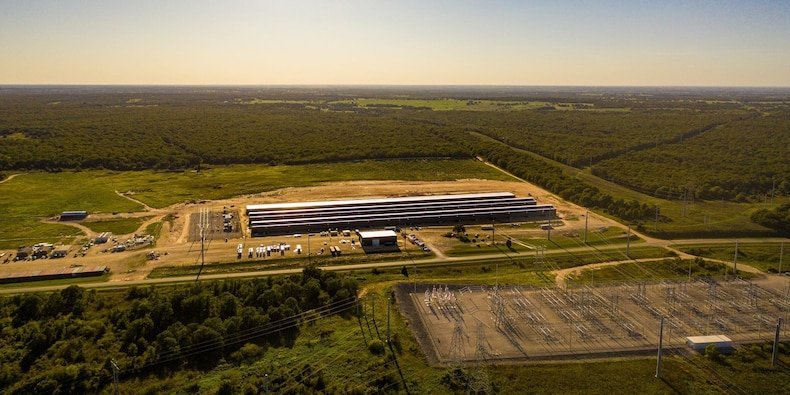 Castle Rock, CO, April 08, 2021 (GLOBE NEWSWIRE) — Riot Blockchain, Inc. (NASDAQ: RIOT) (“Riot”, “Riot Blockchain” or the “Company”) announced today that it has signed a definitive agreement pursuant to which Riot will acquire Whinstone US, Inc. (“Whinstone”), including all of its assets and operations, for consideration of $80 million cash plus a fixed 11.8 million shares of Riot common stock, equal to an implied total transaction value of approximately $651 million based on Riot’s last closing price of $48.37.

The acquisition of Whinstone is a transformative event for Riot and its shareholders. Riot views Whinstone as a foundational element in its strategy to become an industry-leading Bitcoin mining platform, on a global scale. Upon the closing of this acquisition, Riot is expected to be the largest publicly-traded Bitcoin mining and hosting company in North America, as measured by total developed capacity.

“The acquisition of Whinstone is the most significant achievement in Riot’s growth to-date and positions Riot as an industry leader in Bitcoin mining,” said Jason Les, CEO of Riot. “After the consummation of this transaction, we will have created a very clear path for the Company’s future growth. Riot will wholly own the largest Bitcoin mining facility in North America, with very low power costs, and one of the most talented development teams in the industry. Whinstone will serve as the foundation of Riot’s Bitcoin mining operations, upon which we will drive our goal of increasing the American footprint in the global Bitcoin mining landscape.”

Riot will be able to continue rapidly scaling its self-mining business with Whinstone’s industry-leading team. Led by Chad Harris, the Whinstone team has become an industry-leading developer and operator of Bitcoin hosting facilities over the past two years, as Bitcoin mining has reached institutional scale. The Whinstone team is comprised of approximately 100 employees who have built Whinstone’s Texas operations from greenfield to commercialization in less than twelve months.  The talented Whinstone team, combined with the facility’s substantial expansion capacity significantly de-risks Riot’s future operational and financial growth.

Whinstone is based in Rockdale, Texas and its facility is located on an 100-acre site, hosting Bitcoin mining customers in three buildings totaling 190,000 square feet. An additional 60,000 square foot building is also under development. The site is subject to a long-term lease agreement, with electricity provided via a long-term power supply contract.

Whinstone’s site has a total power capacity of 750 MW, with 300 MW currently developed.  Whinstone’s facility is believed to be the largest single facility, as measured by developed capacity, in North America for Bitcoin mining. In pursuit of achieving the most efficient power strategy, Whinstone combines fixed low-cost power agreements, real-time spot power procurement and income from ancillary power services revenue. Bitcoin miners benefit from low-cost energy to maximize production margins, benefiting from an electricity supply with the flexibility to respond rapidly to supply and demand events in the power market.

Whinstone currently hosts Bitcoin mining operations for three institutional clients who, by the end of 2021, are expected to utilize up to 300 MW of aggregate power capacity. In addition to hosting revenue, Whinstone generates engineering and construction services revenue from hosting clients on site, including revenue derived from the fabrication and deployment of immersion cooling technology for Bitcoin mining.

“We are excited to be joining Riot, as both Riot and Whinstone share a vision for the future of Bitcoin mining in America,” said Chad Harris, co-founder of Whinstone. “Riot’s strategic vision and resources combined with Whinstone’s infrastructure strength will allow our combined teams to achieve our shared growth plans.”

Northern Data AG, a leading developer and operator of High-Performance-Computing (“HPC”) infrastructure solutions, acquired Whinstone in 2020 and has successfully demonstrated its set of capabilities in establishing one of the world’s largest HPC centers.

“With Whinstone we have built and established one of the largest HPC centers in the world with significant potential and scale to further ramp up capacity. The transaction will provide Riot with the opportunity to not only utilize Whinstone’s existing operational capacity for their own mining operations but also to scale capacity and establish themselves as the leading bitcoin miner in the US. By becoming a minority shareholder in Riot going forward, through its equity stake in Riot, Northern Data will be able to benefit from the synergies generated by the transaction and continues to directly participate in the growth of Bitcoin value potential. Simultaneously, Northern Data will be able to use the cash proceeds from the transaction to focus on, and further implement, its decentralized, multi-site, scalable and ESG-focused strategy. The transaction will allow both companies to further strengthen their respective core businesses and to substantially accelerate their strategies,” said Aroosh Thillainathan, CEO of Northern Data.

Upon closing of the transaction, Northern Data will own approximately 12% percent of the total outstanding common stock of Riot.

The transaction is expected to close in the second quarter of 2021, subject to the satisfaction or waiver of customary closing conditions, including receipt of required regulatory clearances.

Riot will host a live conference call at 8:30 am ET on April 8, 2021 to discuss the transaction. Further details may be found at www.tinyurl.com/RiotIR. The presentation will also be available on the Riot website.

Riot Blockchain (NASDAQ: RIOT) focuses on cryptocurrency mining of bitcoin. The Company is expanding and upgrading its mining operations by securing the most energy efficient miners currently available. Riot is headquartered in Castle Rock, Colorado, and the Company’s mining facility operates out of upstate New York, under a co-location hosting agreement with Coinmint. For more information, visit www.RiotBlockchain.com.